This feature will be available soon.

Two Metro corridors for Lucknow namely N-S corridor and E-W corridor have been identified with total length of 34km. LMRC has commissioned the services of Metro train on entire North-South corridor from CCS Airport to Munshipulia on 8th March, 2019. The priority section of North-South Corridor (Phase 1-A) from Transport Nagar to Charbagh is already operational for public with effect from 5th September, 2017. 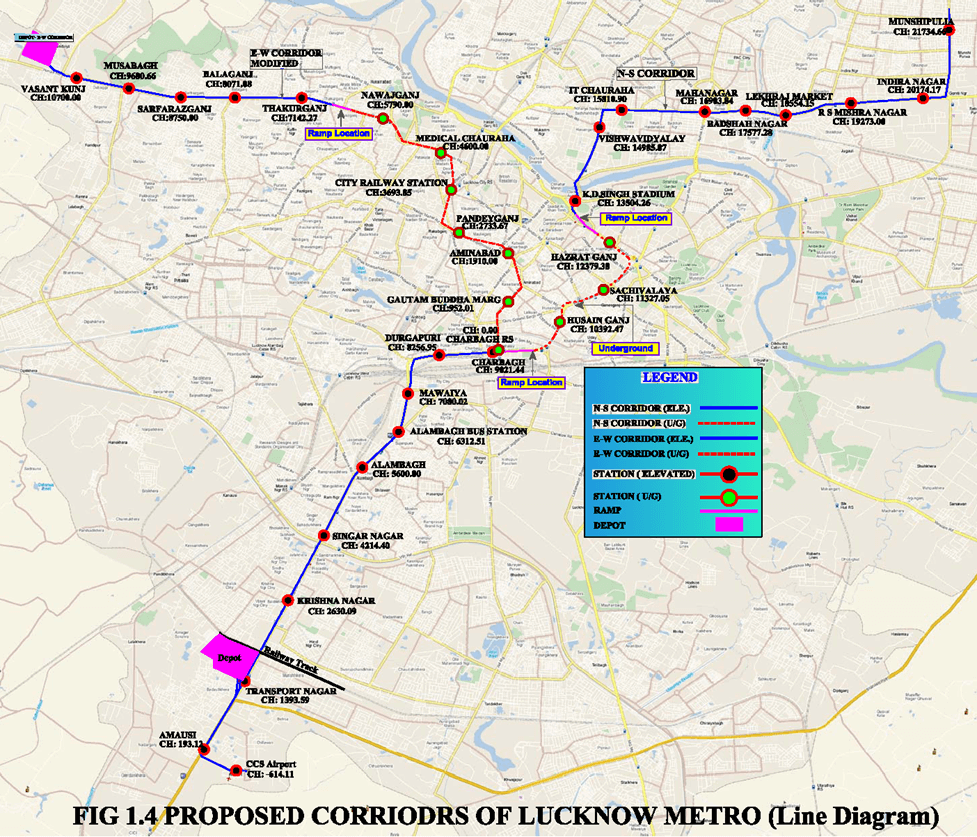 Technical features of the Project

Recruitment of Staff: Staffs have been recruited for O&M including SC/TO, CRA and JEs on open selection basis.

Training: LMRC has set up a Centre of Operational Excellence & Training (COET):

House Keeping: House Keeping Agency for the Depot and the Station is in place and work commenced

Consultancy Works for Metro in Other Cities

Preparation of DPRs for Allahabad and Gorakhpur commenced.